In one glorious moment, I became someone else. It’s a grand statement for a relatively insignificant experience, but sometimes big shifts start with small moments.

I have always loved Wonder Woman. I haven’t read every single issue of any comic she’s ever been in. I can’t extend my comic-geek diatribe longer than most avid fans. I can, however, sing the entire theme tune from the 1970’s series starring the goddess we call Lynda Carter.

I used to spin until I got dizzy, praying I was somehow separated at birth from my Amazon family. I have always been tall. Riding and archery were my two favorite parts of camp and the activities I miss the most. It makes sense that I’m a lost Amazonian Princess with powers that haven’t been activated yet, right?

Reality is a cold B, y’all. The truth is I had almost zero self-esteem or self-confidence when I was a kid. Amazons are anything but wishy-washy or timid.

Wonder Woman, in all her iterations, has been a subtle influence as long as I’ve known her. I would always be her on the playground. When I was riding around the horse show ring, I was secretly her chasing some bad guy. I was not alone in that. She was the one woman who could do it all, and wasn’t that what my generation of women was supposed to want?

For a brilliant moment, we had Buffy. Thank you, Joss! She was amazing. So were her friends. It was groundbreaking. It was a hopeful blip in a long timeline of wishful thinking. It also arrived when I was in college, which for me, was a little too late for significant impact as most of my damage was already done. It helped me move forward from it though…a little. 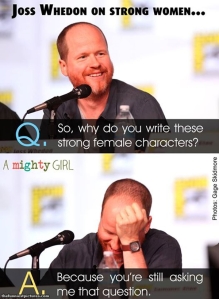 A Mighty Girl and Joss Whedon; an unstoppable combo to be sure.

A Wonder Woman movie has been struggling to get made for decades, far before Buffy started slaying, so the fact the movie even exists at all is enough to reignite the love of a little girl trapped inside a 40-year-old woman.

In IMAX 3D awesomeness, I watched my hero come to life. In a grey world of men and women telling her what to say, what to believe, and how to behave, Diana was finally there. The first tear fell the instant I saw little Diana running through the Amazon village. She looks like my daughter.

As I watched an athletic, well-spoken group of women train together, support each other and kick ass on screen, I could feel the regret welling up inside me. Why didn’t I have a movie like this when I was younger? It’s a feeling similar to watching Moana with my daughter and watching her decide to be a wayfinder when she grows up. That story is for another time, though.

Check out this great article on Polynesian celestial navigation (wayfinding) at The Conversation. Image from Walt Disney Motion Pictures: Moana.

By the time the no-man’s land scene arrived on screen, I was utterly in love and dying inside all at once. Much of that scene is in the trailer so I will try not to spoil it for anyone. I watched Diana ascend the ladder out of a trench every man on screen was terrified to climb. I watched her not give a damn what any of them said about “impossible” or “dangerous.” I watched her make her own choice and commit to it. She stood up in the most confident Wonder Woman stance I have ever seen and it was life-changing for me. Tears streamed down my face as I struggled not to scream, “YAAAASSSSSSS!!!!” and get thrown out. 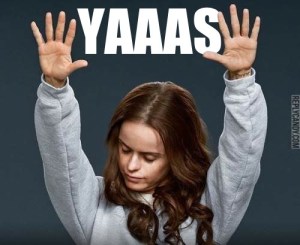 At this point, the movie could do no wrong for me and Gal Gadot is forever the second Wonder Woman in my life. #LyndaCarterForever #sorrynotsorry

Gadot was amazing. I don’t care what anyone says. For me, she is the living embodiment of Diana. I thought her performance of a well-written script was excellent. Her fight scenes were graceful athleticism that were both believable and unbelievable. It made me want to immediately go to the gym. Not so I could shed 50 pounds and rock that barely-there-skirt everyone other feminist is arguing over, but so I can be strong. I want to be fit and so healthy I can do all the things! A part of me would love it if I could rock the skirt, too, but that’s more about that self-esteem I mentioned earlier. 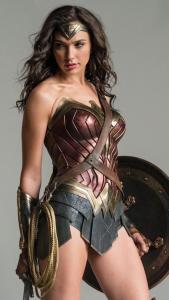 I left the theater standing a little taller, which is hard for me, since I’m 5’11’. I’ve wanted to shave at least 6” off my height my whole life. Not anymore. Every time Gadot tried not to actually look down upon Chris Pine, I felt myself sit up in my chair. #tallgirlproblems 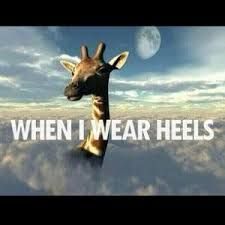 It’s been a week since I saw Wonder Woman and the glow hasn’t worn off yet. I feel different. I carry myself differently at work. It’s subtle. I don’t hear the questioning voice in my head when I’m working on projects. I don’t feel like I have to overly justify my thoughts to myself. I haven’t unnecessarily said “I’m sorry” all week. Let’s be real, inequality was not just eradicated from the Earth, but I felt a definite shift in my world.

I’m taking my mother to see it this weekend, and I’m curious to see her reaction. I’m also curious about mine. We’re going for regular old 2D this time. I’ll bring the tissues I should have brought the first time, though.

No matter what my second viewing experience is, I cannot wait to see this with my daughter. She’s seen every trailer, but she’s just five and the Big Bad will scare the pants off of her. I don’t want to mar her experience by giving her nightmares. Sometimes I can actually be a responsible parent. There is no question I will own this movie and she’ll watch it with us on a family movie night sometime in future. I know it won’t be as visceral for her, but I’m grateful for what I feel that means.

She hasn’t been repeatedly pushed aside yet. She’s grown up with a host of strong female examples in a culture that doesn’t always diminish her contributions. Her journey won’t be without these experiences, by any means, but now she has another strong female image to emulate. She has so many more to look to than I did, it’s true. Those women can thank Wonder Woman for picking up the fight in 1941.

For now, I’m still basking in the glow of a glorious Golden Lasso of Truth that just whipped the ass of so many people’s expectations. The numbers are out. It was a social and financial success. It is an achievement that shouldn’t need to be such a landmark event, but it is. It is a big shift for so many, who waited so long.