There’s a vast sea of pins out there featuring Mickey waffles, Mickey ice cream bars and even Mickey Pretzels as the highlight of anyone’s trip to Disney! There are t-shirts devoted to pledging love for churros, Dole Whips and all sorts of treats from Pandora, too. Yet there I was drowning in a great swell of despair. I’ve gotten used to disappointment from being unable to eat gluten, so this wouldn’t be any different for me, I guess. Then I started digging deeper… 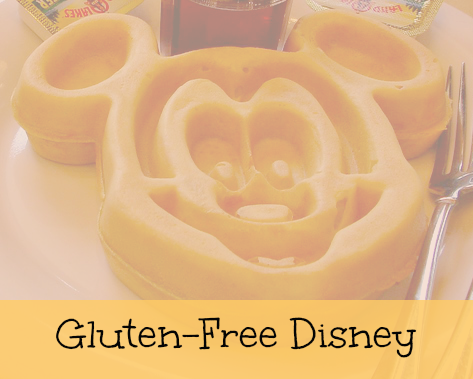 It turns out Disney is pretty great with accommodating dietary restrictions and gluten-free dining at Disney is no big deal at all! In fact, those Mickey bars are gluten-free and so are the Dole Whips. Mickey waffles? Some places will make them gluten free, too! All you have to do is ask! 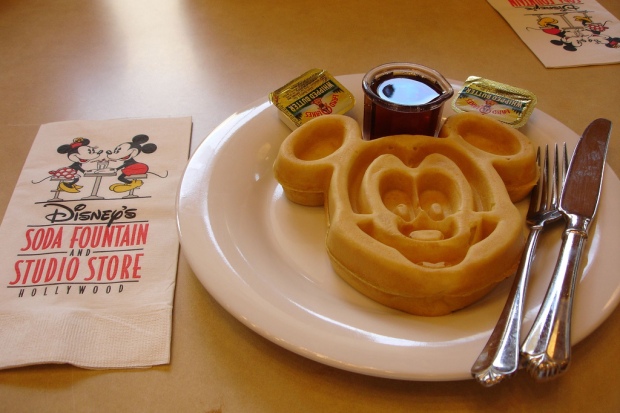 But what about Mr. A? My nephew has sensitivities to all kinds of foods and food additives. He’s the only person I know who can eat fewer foods than me, so I was more than a little concerned about whether he’d A) be able to eat at all while he was there and b) Eat enough to be able to make it through a hot day at the parks. My sister-in-law and brother-in-law are getting pretty good at managing his diet at home, but they can control what they buy and we have a good handle on what meals he can eat at restaurants when we’re out and about. We weren’t sure how many places would have ingredient labels readily available to help us sort it out. I saw how much flack my sister-in-law got at Canobie Lake for asking about the ice cream and I wasn’t thrilled about subjecting her to that for a whole week in Orlando.

She bought a book on Feingold for Disney, but she found it to be really hard-core Feingold with bringing your own food, etc. We’re staying at the Art of Animation on Disney property, which at the time of this post was charging $5 per package for anything delivered from Amazon or US Postal service. Grocery delivery to your room is complimentary if you use a service. It never would have occurred to me to deliver groceries to my room, but I have to say, that may be a good option, especially if you have a restricted diet.

Let me assure you, restricted diets can really stink when everyone else is stuffing their faces.

The good news is there are lots of sit down and quick serve restaurant to choose from and most of them have gluten-free options or can adjust things to make them gluten-free. Having lived in Orlando for seven years, I can assure you in August it gets so hot, eating isn’t really something I want to do and eating a heavy meal isn’t an option if you want to make it through the day, so salads are probably going to be my main choice anyway. I never met a Cobb I didn’t like.

We never really debated whether to get the dining plan or not, even though there are just as many posts about whether there’s value and how to “hack” it so you get the most bang for your buck. All I know is, I don’t want to have to sweat the details when I’m in the park, so sign me up. We did the middle of the road plan, with one table service meal and one quick service meal and one snack per person. That’s good enough for us. As long as we get a seat and some AC at lunchtime, that’s worth some potentially wasted “hacking” on food, especially since a ½ pound cheeseburger isn’t worth it to me no matter how much value it may be compared to plan points.

I did sweat those reservations and many conversations later, ended up with a solid list of first and second choices. We all looked at the menus conveniently posted online and made our bids. We kept the kids in mind, though we’re trying to get Miss O to try new things and expand her palette. I wasn’t going to push it on vacation. If she wants to eat hot dogs and Mickey bars everyday have at it, she’s burning that off just walking to her next ride and the sugar will keep her going all day. Besides, she eats pretty well and it’s part of the fun, so why not?

I was up at 5 AM on the appointed day, 180 days prior to our arrival date and on three devices by 5:55 AM ready to strike. Because we are staying at a Disney Resort property, we could book out that far in advance, but I knew that other guests with arrival dates that overlap ours would have already had a chance to book their reservations during some of our days as well. Fortunately, the week in August we picked has traditionally lower crowds and we were smart enough to be armed with options for each day. My first target was the Akershus character breakfast at EPCOT for some time before the park opened, early enough to still get on Frozen Ever After without a FastPass and meeting Elsa and Anna before the line gets ridiculous. 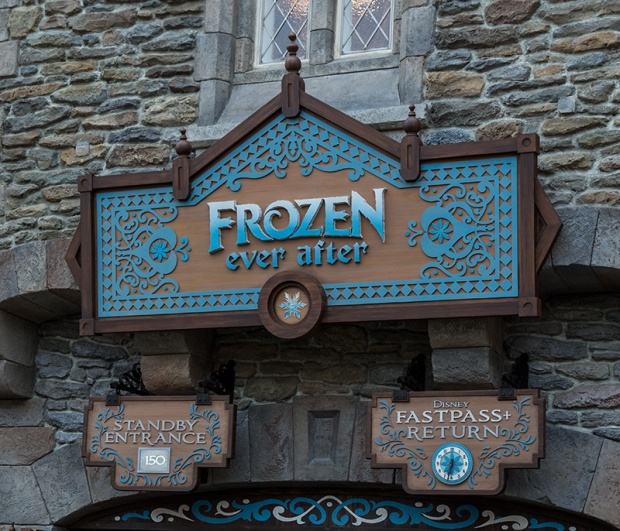 Why, yes, that does say 150 minutes for standby wait time.

I really wanted Miss O to experience a character meal at least once, so getting that reservation was a big deal for me. Akershus had all her favorite princesses and so many of them at once, so I figured it was the best one for her to do. Breakfast is not only fun way to start the day, but a great way to get a long experience out of the way before a day of exploring the park. If we weren’t doing the dining plan, breakfast is also a less expensive meal option than some of the other add on experiences with and without characters, so I figured if we had to pay for it, it wouldn’t hurt quite as much.

We knew Mr. A had zero interest in the breakfast, so that would be something special just for the three of us. The only hurdle was whether I could score a reservation early enough to not mess up our potential park plans, pre-FastPass+.

When I say I have never been so wound up, I am not lying one little bit. I pounced on that Akershus reservation first thing and scored an 8:25 AM reservation. I would have liked it to be earlier, so I keep checking back, but I also know sometimes they let you in earlier if you’re already there, so make no mistake, we’ll be in line before then. Definitely go for your first choices as early in your reservation process as possible. Not only do you have a better chance of getting the ones you want, you can stop stressing about the big deals and sail right through your experience. I really only used two devices, my laptop and my phone, and honestly, I did just fine with my laptop. I felt I have more control over what was happening and more focus on what I was trying to do. My laptop turned out to be faster than my phone and iPad anyway.

I put a lot of time and effort into figuring out if and where we could eat. Now that I’ve spent that time, I can honestly say I’m looking forward to actually eating more than a Kind bar and a wedge salad every day. That’s still an option of course, but at least I know I have choices. 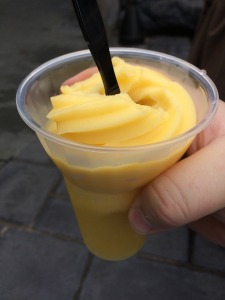 17 thoughts on “Gluten-Free Disney for Me?!”