As this long, biting winter slowly drags to a close, I feel myself finally getting ready for not one, but two trips we’re lucky to go on this year. I don’t get to do too much preparation for France and the UK, since it’s my mother’s trip, so it’s been harder to get into the swing of that trip. Fortunately, our return trip to Disney World requires a little more planning on my part. I have the blessing of hindsight on my side this time and there are a few things I think we’ll do differently this time.

In August 2018, Hubs and I surprised Miss O with her first trip to Disney World with her cousin, Mr. A, Aunt, Uncle, Gma, and Grandad. I’d never travelled anywhere with eight people in a group like that and honestly, I can’t believe we’re all still speaking. It went better than I expected and as far as I know, everyone had a great time. This year, it’s just Miss O, hubs and me, so it will be interesting to see how brave Miss O is without her cousin.

The first thing we changed was our arrival date and length of our trip. Last year we arrived Sunday around late afternoon and left late Saturday night around dinner time. This year we had the same pattern booked and then Disney released their free dining promotion in early February. After some serious number crunching we figured out that we could arrive Saturday afternoon, adding one night to our stay and end up paying roughly the same amount as we did the year before, which is still less than we would have paid this year. Now we get the same Finding Nemo Family Suite at the Art of Animation resort, free dining and we actually get to use the free round of Mini golf we get as part of our Magical Extras for booking through Disney. It’ll be nice to have the extra day on property to get settled and not rush around so much to cram it all in.

Speaking of dining, Miss O expressed interest in seeing the princesses again, which caught me by complete surprise. We met a lot of them during breakfast at Princess Storybook Dining at Akershus in Epcot and all the rest during our autograph hunt through all the parks. I wasn’t really expecting to take the time to do that again. She really wants to eat in Cinderella’s castle, though, so when it came time to make dining reservations I pounced on a lunch time for the three of us. We go in late August, so having table service for lunch is a must to give us a break from the heat with an opportunity to sit down in the air conditioning. Miss O has also recently discovered and rapidly consumed the show Stitch and Ai on the Disney Now app, so we added brunch at O’Hana Saturday morning before we leave. Its’ a great way to get a little more character time in without needing a park ticket and I love O’Hana. Miss O has never seen The Polynesian resort, so we thought it would be fun to explore a bit on our last day.

The parks were a little harder to sort out.

Animal Kingdom was easily a full day for us, but we won’t spend the hour or so it took to get out to Rafiki’s Planet Watch, mostly because it’s closed now, but also because we just wouldn’t take the time to do it again if it were open. I can see that time being used for Miss O to wait in line for Kali River Rapids a thousand times. I’m pretty sure she’d do that ride all day if we let her. With Reflections not running while we’re there it’ll probably be an early night for us, which will definitely help getting up early for rope drop at Magic Kingdom the next day.

We easily spent two full days in Magic Kingdom, so we’re planning on the same for our return, though a lot of that time was spent getting autographs from Princesses on our first and second day, so I’d spend more time on rides and exploring some of the shops and experiences we didn’t do, like Enchanted Stories with Belle or Tom Sawyer’s Island.

I’m sad to say, Hubs and I were both disappointed in Epcot last year. It was definitely not the park we remember. Spaceship Earth will be closed while we’re back, which I hate, but have to accept. We’ll probably focus more of our time on the World Showcase, which we did in a blurred rush as we hustled from one Princess meet and greet to another so we could fill up our autograph banner. I’d like to slow down a bit and actually visit the country pavilions so Miss O can really appreciate them. The Food & Wine Festival starts the day we planned for Epcot, so that will certainly help. 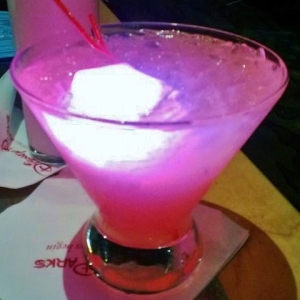 One of the biggest conundrums comes in the form of  the Millennium Falcon. Star Wars Galaxy’s Edge now opens at Hollywood Studios the Thursday of our trip, the same Thursday we planned on being at Epcot, which may or may not be a good thing. Hollywood Studios has always been a half-day park for me, if not a skip-it-alltogether park. I loved visiting Toy Story Land last year, though, and I can’t wait to get back on Alien Swirling Saucers with Miss O. I’m not sure I’m willing to fight my way through the extra crowds Star Wars will undoubtedly bring to do it, though. Our initial plan was to go to Hollywood Studios Sunday afternoon, armed with some FastPasses and intent on staying for the Fantasmic show, which Miss O and I have never seen.

Now that Galaxy’s Edge will open on that Thursday of our trip, Hubs is torn about what he wants to do and where he wants to be. I on the other hand, am crowd spoiled. I go in August because the crowd levels are lower and I don’t have to wait in a line more than 20 minutes, especially if we rope drop and do extra magic hours, which we get for staying on Disney property. We rope dropped Animal Kingdom so Hubs and our Brother in law could do Pandora’s Flight of Passage without FastPasses. While it worked beautifully, with them only waiting 20 minutes to get on the ride, it wasn’t opening day and the line still grew to a 90-minute wait by the time they got off the ride just 10 minutes later, not 30 minutes after the park opened.

I love Star Wars but it’s really stressing me out with this opening. There will reportedly be only one ride open, Smuggler’s Run, which I’m not sure Miss O will want to do, but at least we can walk through the area and Hubs can geek out a bit. I’d hate for it to be open while we’re there and him not get to see anything at all. I think he’s praying for a soft opening on Sunday, where they sort of let you walk through but maybe the ride isn’t open or they casually allow people on the ride, but it’s not officially open. I do strongly suspect that if anyone plans on getting in to Hollywood Studios on Thursday, they best go early for rope drop or later in the evening, but they best be prepared to wait no matter what.

These people were kids when they queued up…

What I do know is that we get to go back and I know we’ll have a great time. I do need to reevaluate my FastPass plan, though. Last year, we split up and Miss O and I used two for Princesses while everyone else was on Seven Dwarfs Mine Train or Big Thunder Mountain Railroad. No Fastpasses will be available for Smuggler’s Run, so I won’t need to worry about trying to get those. At least this time I know what rides Miss O enjoyed so I can aim for the ones she really loved and allow us to repeat them easily this year.

The only other thing I’m unsure of this year is whether we’ll repeat Mickey’s Not So Scary Halloween Party. We had a lot of time in Magic Kingdom during the days and it was great to dress up and enjoy the park at night. We all got more than our fair share of candy to bring home. I don’t think we’d spend the time on the show again or the fireworks. I think we’d have more fun spending that time on rides or meeting a character that only comes out during MNSSHP. I’m just not sure that it’s worth the extra cost to do that.

We have plenty of time to get everything sorted and we’ll just have to cross our fingers and hope for the best on the crowds in Galaxy’s Edge whatever day we decide to go. May the force be with all of us that day!